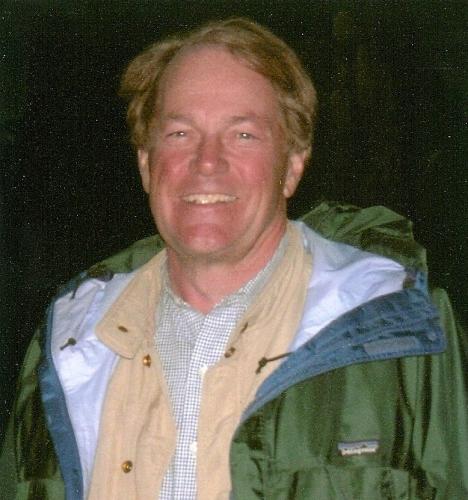 Saturday July 20 at 5:00 PM Ted Haynes presents The Mirror Pond Murders, the second in his series set in Central Oregon.

The Mirror Pond Murders finds Dan in sunnier circumstances, his old law firm, impressed by Dan’s actions in Suspects, opens a new office in Bend solving his employment prospects.  He married Amy, they make a great couple, both active in the out of doors, committed to their community, and focused on creating a loving family.  While Dan had a free hand finding office space and getting started, the firm is sending one of the partners, Sarah Chatham, to head the office.  Dan and Amy are both a little nervous about how things will change now that Dan has a boss here in Bend rather than reporting to Portland but Sarah is gracious and smart, someone Dan can learn a lot from.

Moving to Bend is a welcome change for Sarah, recently widowed, she grew up in Bend, planned to retire here with her husband, and has a residence.  She has roots in this community.  Mindful of the freedom her young associate has enjoyed, Sarah takes care to consider his feelings as she settles in to her new office.

However, both Sarah and Dan will be off and running as a woman’s skeleton is discovered in Mirror Pond.  There is a strong possibility the woman was Native American.  Sarah has long represented the tribe’s interests and is contacted about the case.  Cooperating with Police Detective Jim Sorenson they begin to unravel the mysteries surrounding the murder, it will not be easy as the skeleton has been in its watery grave a long time.

Twists and turns involve a lot of Central Oregon history and lore, putting Dan and those he loves in danger.  Sarah and Dan make for interesting reading as they delve into untangling an old murder and come up with far more than they anticipated.  Surprises abound.  The Central Oregon setting is beautifully integrated into the story.

Suspects, the first book in the series presents  Dan, the series sleuth, as a young attorney at loose ends.  His job at a Portland law firm ended, with hopes that they may rehire him if business picks up enough.  He is spending the summer living with his parents in the Sunriver area and training vigorously to compete in a triathlon.  On a morning run, he stops by Ken Winterpol’s house, hoping to speak with Ken’s wife Candy.   Instead he is shocked to find Ken lying injured on the porch steps.  EMT’s were called, the injured man taken to the hospital and police arrived.  Concerned that they could be considered suspects, Dan quickly informed the police that they would seek legal counsel before answering questions, Dan’s area of expertise was not criminal law and he wanted to be sure Candy was protected.  Candy is an artist, developing quite a reputation and being featured in important galleries, her temperament is definitely artistic; she would need competent practical advice.  Dan has known Candy for years; she was one of his father’s art students and a frequent visitor to their home.

The same day, Leon, Dan’s father, flees Central Oregon, on a circuitous route, severing contact.  The police are eager to question him, but he is nowhere to be found. When Ken dies of his injuries Dan fears they will be prime suspects. After all Dan and Candy found Ken, had his blood on them, and they were the only people present, it would be normal for the police to take an interest.   So Dan starts digging into Ken’s past and his business dealings, a self-made man known to be ruthless, there are plenty people with an axe to grind with Ken and few who mourn his demise.

The action goes all over Central Oregon, into the forests, along trails, and even has a connection to local brewpubs.  For those who enjoy visiting Sunriver or who live in Central Oregon, it is fun to check out the local landmarks as you read to see which you recognize.

Ted’s earlier books, the non-fiction history, Vandervert: The 100 Year History of a Central Oregon Ranch, and a work of short stories, On the Road From Burns; Stories From Central Oregon, all featured the natural beauty of the Central Oregon landscape.  This is also true of The Mirror Pond Murders and Suspects, the characters are deeply connected to Central Oregon.

There will be refreshments served and drawings for prizes.  Sign up to attend by emailing sunriverbooks@sunriverbooks.com , calling 541-593-2525 or stopping by Sunriver Books & Music