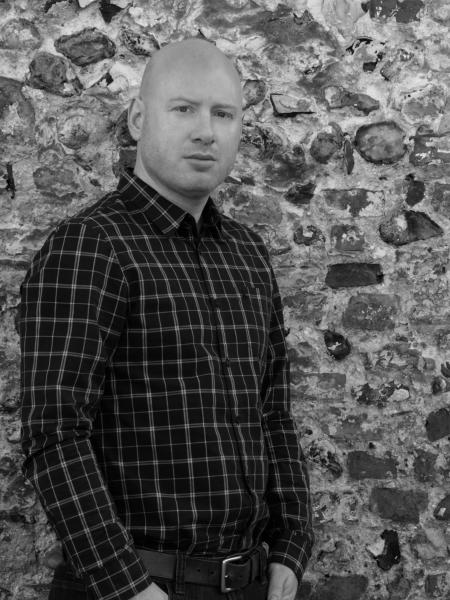 Howarth writes of with feeling, giving the reader a sense of the way people lived in the past.  Indigenous people have not been treated well through history.  This is particularly true of Native Americans and Australian Aborigines.  From the beginning, in 1859, Queensland’s Native Police dealt harshly with the Aborigines.  Nobody really wanted to know what measures they used, just get the job done so the settlers could occupy the land and run their ranches without annoyance or protest.  Often those measures were deadly.  Settlers didn’t  think too much about how long the people they were displacing had called this land home.

Dust Off the Bones explores what happens to the two teenaged boys who respond to the tragic murder of their parents by participating in the massacre of Aborigines.  They believed the Aborigines had been involved in the murder, they were following the lead of John Sullivan, the most prominent rancher in the area, and Inspector Edmund Noone leading the Queensland Native Police. What does such cruel and senseless violence do to the souls of the teenagers?  How does it shape the rest of their lives?

As the story opens, Katherine Sullivan, just a few years older than the McBride boys, is a young widow attracted to Billy.  Tommy fled, he is working in cattle stations accompanied by Arthur, an Aborigine who worked on their ranch.  Nightmares tear Tommy apart, causing his bunk mates to distrust and torment him.  While Billy avoids dealing with the trauma and guilt, Tommy cannot escape it.  Billy roots himself in the land, determined to be successful, he doesn’t look back.  Tommy is mired in the past; circumstances lead him to be secretive and rootless.

Noone scares most people who cross his path, if they are smart.  But a young lawyer, Henry Wells, believes in the rule of law, believes it applies to everyone.  When he learns of the massacre, he initiates a judicial investigation, drawing Noone and Billy into a court of law to relive the events.  Consequences ensue.

History is well served in Paul Howarth’s books. Australia in the early days is vivid, the harsh landscape of Queensland’s ranching community, the miles of wilderness where Tommy and Arthur flee.   But what makes the books special is the characters.  Tommy is such a likeable character, tormented by what he did, but his nature is kind and gentle.  Arthur looks out for him, showing wisdom and forgiveness.  Katherine is a strong woman; she comes into her own as the story progresses.  Billy is brash and bold, with charisma and determination.  Both brothers are fond of horses, bonded to the land, caring deeply about their country. And Officer Edmund Noone?  He may be a close as you can come to true evil.

Howarth explores the injustice of frontier history, the ruthlessness of power, and a quest for honor.  Great book.

Paul Howarth’s earlier novel, Only Killers and Thieves, is a beautifully written account of ranching life.  In the far reaches of 1880’s Australia, the land is sere, hot, desolate, survival demanding toughness and unforgiving of error.  Aborigines lived here for eons, but now the Europeans own the land and a devastating drought leaves them cranky and unwilling to share its resources.

The sparsity of forage and water has hit the McBride family hard; Ned McBride isn’t a game hand at running a ranch in the best of times.  His two sons, Tommy 14 and Billy 16 try to help out by hunting what little wildlife has survived but still it is a struggle.  Billy admires the confidence of their neighbor, John Sullivan, who uses Inspector Edmund Noone and the Queensland Native Police to push his goal of eradicating Aborigines from the land.  Sullivan is a much more successful farmer, something Billy aspires to be himself.  Tommy isn’t so sure about the merit of their neighbor Sullivan; his parents do not admire Sullivan at all.  He likes Arthur, their Aborigine ranch hand, is sure of his kindness and goodwill.  Arthur has been with the McBride family a long time, clearly Sullivan’s attitude to Aborigines is harsh.

Finally, rain comes, joyous wonderful rain.  The two teenage boys ride to a favorite swimming hole to spend the day.  When they return, the farm is ominously quiet, unnaturally so.  Their parents are both dead, their sister grievously wounded.  Earlier Ned McBride had an argument with Joseph an Aborigine working for him, resulting in his dismissal.  Billy is certain this man is the villain.  He overrides Tommy’s suggestion of heading to town with their injured sister; instead taking her to Sullivan’s spread where he has a medical man on staff.   Things go from bad to worse, as Sullivan uses this as his excuse to unleash his fury on the native population with far reaching consequences for the brothers.

Dust Off the Bones: A Novel (Hardcover)

Only Killers and Thieves: A Novel (Paperback)