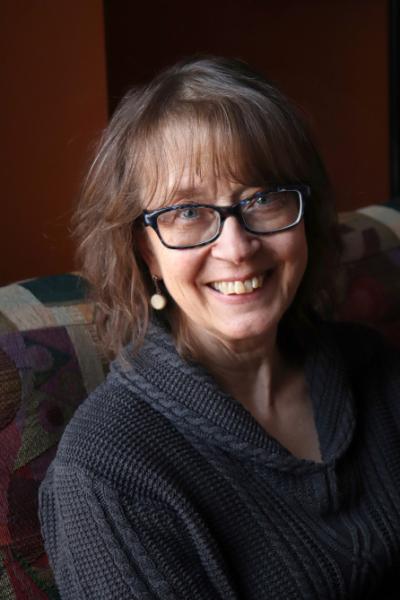 Saturday March 7 at 5 P.M. Melissa Crandall presents Elephant Speak: A  Devoted Keeper’s Life Among the Herd, the story of elephant keeper Roger Henneous and the elephants at the Portland Zoo.  This should be a particularly meaningful event.  I am in awe of these noble animals, jealous of the good fortune of spending a life with them, and intensely grateful for the times I have been able to interact with elephants in ways that were satisfying to both the pachyderm and myself. So, reading a book about the Portland elephants was special for me.  I hope you enjoy hearing about them too!

Crandall gives interesting details about the beginning of the Portland Zoo; it had an unusual start in life.  An English pharmacist, Richard Knight, was supposedly not fond of animals but kept buying them.  His wife was not a fan either.  Yet the menagerie continued to grow, a monkey here a bird there.  When he purchased a pregnant Grizzly Bear, that was the last straw.  His wife insisted he get rid of the animals before their children were hurt.  Now where did the woman get the idea playing with a pregnant Grizzly Bear might be harmful to children?  Anyway, the city was contacted and that is how it all began.  Interesting history.

Elephants are special, I remember visiting Rosy and standing in line to see baby Packy.  These majestic animals are intelligent, empathetic, and have elaborate social structures.  Roger Henneous was fortunate to spend thirty years at the Portland Zoo.  What a life!

Roger started out as a farm kid, working with animals on a daily basis.  He spent days with his dog Laddie doing kid and dog stuff in the Iowa countryside.  There is an endearing picture of young Roger and Laddie (a cool looking dog).  Later he acquires a sweet-tempered horse, Lady and takes to riding, herding the cows.  Spending time with animals, it is not surprising that Roger comes to recognize their intelligence and respect their emotional lives.  He develops a fondness for animals that stays with him throughout his life.

Landing a job at the Portland Zoo is Roger’s dream job.  In his job interview Roger was asked about his expectation for working hours and impressed Bill Scott with his response. “If I learned anything during my years as a farm boy, it’s that caring for livestock is a seven-days-a-week, twenty-four-hours-a-day, fifty-two-weeks-a-year proposition. Animals don’t know that it’s Christmas or Thanksgiving or your birthday or whatever and wouldn’t give a damn if they did. They’re standing in their own crap, they’re hungry, they need a drink, and some need medical attention. If you’re worth half a shit, you’ll do those things.  If you’re not prepared to, then you need to get a desk job shuffling papers”.  Roger brought that dedication and passion to his life at the Portland Zoo.  He was rewarded with relationships with amazing animals.  He cared.

Elephant Speak rewards the reader with an intimate look at Packy, Rosy, Belle, Me-Tu, and the rest of Portland Zoo’s herd over the years.  There are stories of Pet outwitting a scientist to garner more treats, of elephant’s relationships with each other, of sadness and joy.  All sorts of elephant stories that I do not want to give away because I want you to enjoy them fully, just as I have enjoyed them.  I particularly liked the story of Hugo, and the story of Rama’s curiosity about cars and love of bananas.  To find out why, read Elephant Speak!

Elephant Speak: A Devoted Keeper's Life Among the Herd (Paperback)