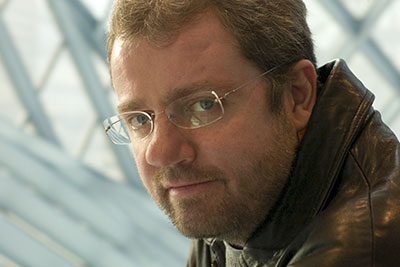 All scheduled events are subject to change due to the pandemic.

We are Zooming!  Or something like it. Saturday July 25 at 5:30 P.M. we have the pleasure of an event with Matt Ruff for his latest novel, 88 Names.  Matt’s imagination defies boundaries, allowing a body of work that challenges and entertains.  And he always manages to surprise me. The event will be online, not in the bookstore, and  may  be a ticketed, check with us for details.  For information call Sunriver Books & Music 541-593-2525, email sunriverbooks@sunriverbooks.com or stop by Sunriver Books & Music.

Never have I played a computer game beyond solitaire.  Not even once.  88 Names is set in the world of computer gaming and I could not put it down, finished it in one night (albeit a late night).  Matt makes this world come alive!  Who knew there is fishing involved!!!  Yes, there is violence, but strategy too, and adventure.  No, I have not been lured into trying a computer game, but I can see its allure.  I especially liked the way gamers could say “dead to me” when annoyed by someone and poof, they were just gone.  That seems like it would be a really cool power, I can think of uses.

Games are elaborate, whole worlds are created.  For novices it can be confusing, they can lose their heads (quickly too!).  So for those who do not have hours to spend learning (and potentially being decapitated) they can hire Sherpas, experienced gamers who will help them create a persona (different personas have a range of useful abilities), help them amass treasures (such as swords to help keep their heads), and take them through adventures where they can enjoy the game.  However, the companies who create games do not like the concept of Sherpas, they prohibit their use and block them when caught, so the Sherpas amass a variety of personas or names to get by the companies.

John Chu is a Sherpa with 88 Names enabling him to guide his clients through a variety of gaming adventures.  He employees several helpers to aid in showing the clients a good time, battling starships, fighting giants, whatever thrills them.  Jolene is a fit 50ish IT professional in her day job. Gaming allows her to cut loose, use her skills in fantasy.  Anja, a teenage Argentinian was a gymnast before a devastating accident left her paralyzed and dependent on breathing apparatus. The gaming world allows her the freedom to pretend, to be lithe and flexible online.  Ray’s sole income is from his work as a Sherpa, John doesn’t know much about his background and Jolene is suspicious.

Fun and gams should be had by all.  But not so fast.  There are those pesky rules about Sherpas not being allowed.  If a company catches the Sherpa leading a client, the game is over and the Sherpa, at least under one of his names, blocked.  The client will then often refuse to pay.  Lately John’s crew has been having a run of bad fortune with being paid.  As the story opens, their latest guiding job went down as the company busted them.  The crew suspects they are being sabotaged by a former member of their team.  Darla’s gaming persona was hot, John was intrigued, actually flat out smitten.  The rest of the crew less impressed and more worried about her volatility.  When they parted ways, Darla seemed just the type to seek revenge.  Getting them busted on a guiding gig is right up her alley.   There is a saying “hell hath no fury like a woman scorned”.    Add to that a woman thwarted and Darla fits the bill to a T.

If John cannot stem the incidents depriving his crew of income, he will lose them.  Finances are getting tight.  It is into this desperate situation strolls a new client with rigid demands and a generous offer.  Payment beyond John’s wildest dreams.  But the client, Mr. Jones, seems off.  Something about him makes John suspicious that he is not what he seems, and may have ulterior motives. There is another saying, “don’t look a gift horse in the mouth”.   This particular gift horse has oodles of cash.  But John looks, he is more inclined to go with the saying “if it sounds too good to be true, it probably is.”  He begins to suspect his Mr. Jones might actually be North Korea’s notorious leader, Kim Jong-un.

Fortunately for John, he is not without the resources to dig deep into his new benefactor.  John’s Mom is high up in a secret government organization, Zero Day, combating cyber terrorism, a serious badass in the world of cyberspace.  He takes his suspicions to her; she deems them worthy of investigation and the game is afoot!

What starts out as a game quickly turns into something more serious and potentially deadly.  It is easy to get caught up in this story!  The characters are fun, the story has things to say about our world today, and the writing sizzles.  Enjoy!

The Mirage: A Novel (Paperback)