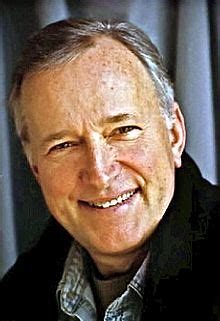 Saturday October 17 at 5:00 PM Les AuCoin presents Catch and Release: An Oregon Life in Politics, an intimate memoir concentrating on his 18 years as a Congressman but also filling in his childhood and personal life.

Let’s all be thankful for people like AuCoin who relish public service.  People who know that real change starts from the bottom up, not with those few hundred in the top 1% who control the nations wealth.  People who understand the importance of wilderness and the need to protect it from destruction.  People who make a real difference in the lives of individuals and their country.

AuCoin did not grow up in privilege.  His father was a gambling man who abandoned his wife and two young sons, leaving them in debt, vulnerable, and on their own. They found a safe harbor with an aunt and uncle in Redmond, Oregon.  Clerking at Safeway his Mom earned enough to move her family into an old 16-foot trailer.  Switching to waitressing, she was able rent a one-bedroom house of dubious construction.  This was a woman who worked hard to put a roof over the head of her children, to find money in a limited budget for food, clothing, and other necessities.  It is a childhood that taught AuCoin respect for the working poor and gave him the empathy necessary to help.

In the 1960’s AuCoin was politicized by monumental events occurring in our country.  Kennedy’s charismatic entreaty to “ask what you can do for your country”.  He was in the Army stationed in Germany when he learned of Kennedy’s assassination.  By the 1970’s he was a Congressman working to make Oregon a better place for all its citizens.

AuCoin was in the thick of things throughout his career, promoting racial equality, gay rights, preservation of wilderness, and so many other important issues.   Catch and Release gives a first hand review of Oregon’s political history.

This is also the story of a young boy who came from humble beginnings, worked hard, excelled in a difficult game, and achieved accomplishments that were important in so many ways.  It conveys his love of his family, appreciation for nature, and desire to do the right thing.  I don’t think there is anything more we can ask of our legislators.  Being a Congressperson is a tough job, he did it with grace.

Catch and Release: An Oregon Life in Politics (Paperback)