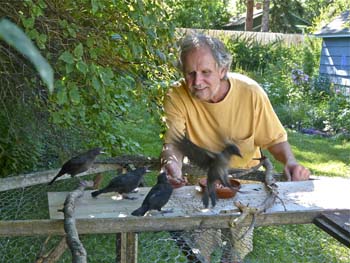 Saturday August 22 at 5:30 Keith McCafferty presents his latest, The Bangtail Ghost in a Zoom event.  Please send an email to sunriveriverbooks@sunriverbooks.com to preorder a book and arrange to receive the link to attend.  I was asked earlier to today what mysteries I am looking forward to reading, it was an easy question to answer, Keith McCafferty’s Bangtail Ghost in his Sean Stranahan series releasing August 18 and Craig Johnson’s Next to Last Stand in the Walt Longmire series releasing September 22.  These two men do not disappoint and always tell a good story.  Can’t wait to read their latest!

Keith McCafferty’s series featuring Sherriff Martha Ettinger, Sean Stranahan, and Harold Little Feather has great characters who are interesting to spend time with and come to feel like old friends.  Each new book is a pleasure to read, finding out what they have been up to.  Included in the series are The Royal Wulff Murders, The Gray Ghost Murders, Dead Man’s Fancy, Crazy Mountain Kiss, Buffalo Jump Blues, Cold Hearted River, A Death in Eden, and now The Bangtail Ghost.  All are well written, with intriguing plots, and beautiful country.

Keith kindly sent me a few chapters of The Bangtail Ghost and I can tell you the writing is beautiful, catching the feel of Montana, and the opening chapters promise an intriguing story.  A Mountain Lion is involved, who can resist a good mystery with a Mountain Lion?  Not me, I am all in for this one.  Due to issues related to the pandemic, publishers are not able to provide bookstores with previews of many novels so I asked Keith to write a little about The Bangtail Ghost and to provide some biographical detail.  The rest is from Keith McCafferty, a nice guy and an author perfectly able to writhe a rip-roaring story!

The Bangtail Ghost: On a cold day in the dead of a Montana winter, a single whisker discovered at a scene of horrific violence suggest that a woman has been attacked and carried away by a mountain lion. Sheriff Martha Ettinger employs her fiancé, part-time detective Sean Stranahan, to “join teams with the dead” and put a name to the gnawed bones and scattered remains, which include fake fingernails and a breast implant that, along with other clues, point to the victim being a prostitute who was entertaining wayward hunters.  The woman’s will be the first of several deaths that Sean suspects are not as easily explained as they appear.  As a reign of terror grips the Madison Valley, blood in the tracks will lead him from the river to the snow-covered ridge tops, as he finds himself on his most dangerous quest yet. For as Sean comes closer to unearthing the secrets shared by the dead and missing, the tracks he is following will turn and the hunter becomes the hunted.

Keith McCafferty is the author of eight novels in the Sean Stranahan mystery series, published by Viking/Penguin Books.  He is the recipient of the Will Rogers Gold and Silver Medallion Awards and the Western Writers of America Spur Award for Best Novel, among many other awards. Two of his novels were chosen as Best Reads by Oprah Winfrey's "O" magazine.

Keith is also a two-time National Magazine Award finalist and the recipient of the Robert Traver Award for angling literature. For years he made a living with his flyrod, writing stories for Field & Stream, where he was the Survival and Outdoor Skills editor. “It was like flying around the world on a broom” he recalls, “only the fly rod was my broom.”

A wild bird rescue volunteer, Keith lives with his wife and family, and various feathered friends, in Montana.

Thank you Keith, for a description of Bangtail Ghost! Let’s not forget the rest of the series either!  They are all great fun to read.

In Buffalo Jump Blues  Deputy Sheriff Harold Little Feather has a grim task in the aftermath of 4th of July.  A herd of buffalo went over a buffalo jump, either panicked by the celebratory fireworks or stampeded in a reenactment of earlier native hunting practices.  The animals lay at the base of the cliff moaning in pain, Harold Little Feather’s task is to stop their suffering as humanely and quickly as possible.  It is not easy, but it is the kindest thing he can do for the animals. Harold discovers a calf, miraculously uninjured.  The law requires the animal’s death; they have strayed off of park land.  Harold is intent on saving this one lone survivor out of all the killing. Although there have been no cases of transmission of brucellosis from Bison to cattle in Montana, the law is clear, those buffalo were under a death sentence when they left the park. Francis Lucien Drake of the Montana Department of Livestock gets wind of the buffalo calf, he shows up with his triggerman, Calvin Barr, to kill the little animal. An action Harold will not abide.

Sheriff Martha Ettinger begins an investigation on what made the buffalo jump (firework fright or people), then discovers the body of an Indian.  Murder seems likely, upping the ante.  Meanwhile Sean Stranahan is hired by a mermaid (truly) to find her childhood friend, John Running Boy.

Cold Hearted River breaks your heart as a couple encounters one of those sudden snowstorms where the temperature drops so cold it is painful to breathe.  Of course things do not go well.  Sherriff Martha Ettinger is left with haunted memories and an injured hand from her part in the tragedy.  Unable to drive easily, and unwilling to take a few days off at home recuperating, she enlists Sean Stranahan’s help in going back to the scene where they find a fly wallet with the initials EH, coincidentally the same initials shared by one of the greatest American authors of all time.

Patrick Willoughby, the president of the Madison River Liars and Fly Tiers Club was approached a few days earlier by a man purporting to sell fishing gear from Ernest Hemingway.  With this connection, the story is off and running and it is a grand ride indeed!  Patrick hires Sean to investigate, Hemingway’s fishing gear did go missing, perhaps the offer might be genuine.  The fishing gear would be valuable, if parts of an unpublished story were included, the value would be beyond measure.  More bodies pile up, memorable characters are introduced, and the action goes from Montana to Michigan, Wyoming, and ultimately Cuba.  If you enjoyed The Paris Wife, you will find additional stories of Hemingway in this remarkable, literary mystery that I found terrific fun to read.

A Death in Eden is a page turner!    Harold recently left his post as one of Martha’s deputies to take a position as a detective with the Montana Division of Criminal Investigation.  He just came off of an undercover investigation involving some nasty men poaching bear to sell their gallbladders.  It was not an assignment he enjoyed, the men were dangerous and Harold does not take kindly to hurting animals.  So his new assignment is odd but welcome.  Montana’s Smith River is so gorgeous and remote; it is a 7 year wait to receive a permit to float the river.  Lately someone has been putting up scarecrows above the river, with signs saying “NOT ON MY WATCH” and “N0 SMITH RIVER MINE”, sentiments Harold might agree with but the powers that be want the perpetrator caught.  Nonetheless, time spent on the river is an appealing prospect for Harold.

Documentary filmmaker Lillian Cartwright has permission to float the river with Clint McCaine (a wealthy man and manager of the mine project) and Bart Trueblood (president of Save the Smith dedicated to stopping the mine).  Lillian figures the fur will fly with the two opponents trapped together on the river, giving her good filming opportunity. She hired Sam Meslik’s outfit to handle the float, Sean Stranahan is helping Sam.  As tensions rise and things grow sinister, Sheriff Martha Ettinger enters the fray.  Martha, Sean, and Harold will have far more on the line than they anticipated when Harold set out on the Smith River. 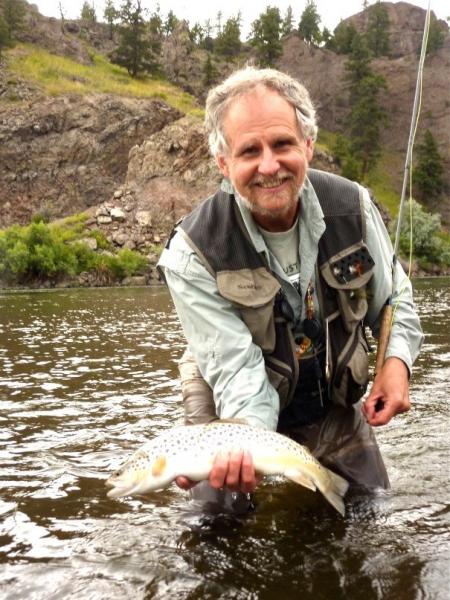