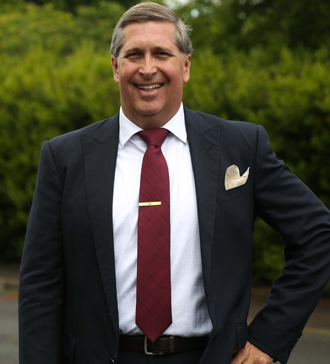 Rescheduled Saturday February 29 at 5:00 PM John Bruning, author of Indestructible, returns for his latest book, Race of Aces: WWII’s Elite Airmen and the Epic Battle to Become Masters of the Sky.  Wow, he can write!  He has all of the requisite footnotes and indexes to prove this was a comprehensively researched book, but it races across the page like a tsunami!

That we won the war in the Pacific is a near on miracle.  Our guys were fighting in inhospitable places, outnumbered, against a foe that did not tolerate frailty or failure.  What did we have? A bunch of crazy brave young men willing to hurl themselves into the sky flying unpredictable machines into fierce battles with the odds dramatically against them.

Nor were the Japanese and jungles their only enemy.  Our pilots were given planes sometimes more intent on killing them than the Japanese!  Profit over human safety in the manufacture of planes is not a new phenomenon.  Lockheed’s P-38 Lightning was designed to go higher, faster thus have a better chance at taking on the nimble Japanese zeroes.  A good idea, but poor execution.  The planes had a nasty habit of killing the pilot and destroying their expensive selves.  Engine failure on takeoff was one of the nasty surprises that felled plane and pilot.  Or how about going in to battle and guns won’t work?  It is not as if their foe would give them a time out from a ferocious battle to go fix their guns! As the planes were delivered and pilots trained on the complicated new system, in April 1942 there were 20 fatal crashes in California and Washington.  Young pilots killed by their planes before they even got a chance at the intended enemy.

In 1942 the battle in the Pacific was not going well.  General MacArthur, not a fan of the Air Force to begin with, was finding no reason to believe they were going to help win this war.  Then two things happened.  General George Kenney, an experienced battle-hardened pilot himself, took over the pilots and a gauntlet was thrown.  Our flyboys were not about to walk away from a dare. Captain Eddie Rickenbacker was the stuff of legends, a larger than life hero.  Fighting over the killing fields of WWI he shot down 26 enemy planes and won the highest award for combat, the Medal of Honor. He visited the Pacific, talking with the flyboys, keeping them spellbound as he recounted some of his exploits.  He was known as the ace of aces, the best of the best.  The highest total for an ace in the Pacific was Buzz Wagner with 8.  Quite a difference.  But the skies were buzzing with Japanese, a target rich environment.  General Kenney seized the moment offering a case of scotch to the first pilot to beat Captain Rickenbacker’s record and the race was on!

But this was war, not a game, the stakes were life and death.  John Bruning introduces us to the flyboys who took up the challenge.  Gerald Johnson, a hometown kid from Eugene Oregon, an outdoors enthusiast, bit of a dare devil, totally besotted with his sweetheart Barbara.  Dick Bong, a quiet farm boy from Wisconsin with an affinity for machinery nurtured from his years of working on farm equipment. Tommy McGuire, a smart New Jersey transplant to Florida, a rich kid surrounded by poor boys who never quite fit in. Tom Lynch, movie star handsome, with a degree in chemical engineering and the makings of a career in command.  And others, all treated with respect and compassion by Bruning as he details a race that had far more consequences than any game.

Bruning takes the story from the delivery of the P-38’s to young flyboys with a penchant for mischief on to the end of the war and conclusion of the Race of Aces.  Zooming under the Golden Gate Bridge, skimming the water at screaming speed.  Exhilarating!  Doesn’t that sound life fun???  Well, I might think it sounds like something pretty cool to try, but Air Force command was not amused. The battle scenes in the Pacific are detailed, well researched, and gripping.  Our flyboys diving in against outrageous odds, crazy brave.  And in the end, war exacts its price.

The Race of Aces is thoroughly researched with the foot notes to prove it, but it reads like a thriller, the scenes brought to vivid life in remembrance of young men who gave their all for their country.

Hollywood are you listening?  This has all the elements of a blockbuster!  Handsome flyboys, fierce battles, lots of action, love stories.

Race of Aces: WWII's Elite Airmen and the Epic Battle to Become the Master of the Sky (Hardcover)

Indestructible: One Man's Rescue Mission That Changed the Course of WWII (Paperback)