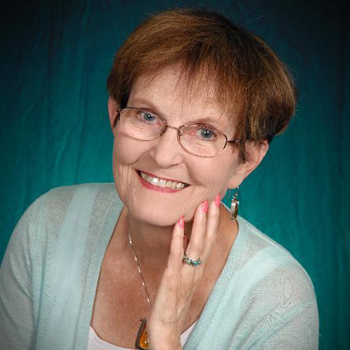 Saturday September 4 at 5 PM Jane Kirkpatrick presents her latest historic fiction, The Healing of Natalie Curtis.  In order to reduce risk, the attendees must be vaccinated.  The audience will be limited to 25 to allow for social distancing.  This is a ticketed event, purchase any of Jane Kirkpatrick’s books at Sunriver Books & Music for a ticket to attend.

Natalie Curtis was a child prodigy.  Music was her life, her passion. It must be challenging for a child to focus with such intensity, honing an exceptional talent.  It must also be difficult for the whole family as that talent is nurtured and shaped.  Tiger Woods, Elton John, Wolfgang Amadeus Mozart all had an extraordinary gift.  So did Natalie Curtis.  Until she publicly broke down in her early twenties.  About to reach the pinnacle of success as a pianist and singer, set to perform with the New York Philharmonic, she melts down.  No longer able to perform, Natalie sheltered with her family for five long years.  Just getting up in the morning was a struggle; she was weak, depressed, devoid of joy.

The whole Curtis family lived together, except for her bother George.  Years earlier, he left his job with the library and headed west in hopes the dry desert air would improve his health.  George thrived in the west, became a cowhand, and fell in love with the landscape.  On a rare visit home, telling stories of his life on the ranch, he caught Natalie’s interest.  Feeling the west might work its magic on Natalie, he persuaded her to travel with him, despite their mother’s misgivings.  He would return for her in a few months, and in 1902 they would journey to California, Arizona, and New Mexico.

Natalie threw herself into preparation for the trip.  An ardent researcher, she started reading about Native Americans and was appalled by the Code of Offenses that prohibited Native Americans from singing, dancing, or speaking their languages.  In the early part of the 1900’s, it was felt that Native Americans should assimilate, should embrace the ways of white culture, becoming more like the people who had taken their lands and way of life.  Today, diversity is celebrated.  Not so much so back then.

Stopping off over the holidays at the house of friends in Pasadena, Natalie is enchanted by the Native Americans who take part in the festivities and sing for her.  When George and Natalie travel to Yuma, she hears an elderly woman singing in the distance.  Compelled by the song, Natalie finds the singer and begins on a deeper journey to immerser herself in Native song and culture.  When officials step in to prohibit the singing, Natalie writes her relative, President Teddy Roosevelt regarding the injustice. Thus begins a campaign to free Native Americans of the Code of Offenses.  And away we go!

The Healing of Natalie Curtis (Paperback)

Everything She Didn't Say (Hardcover)