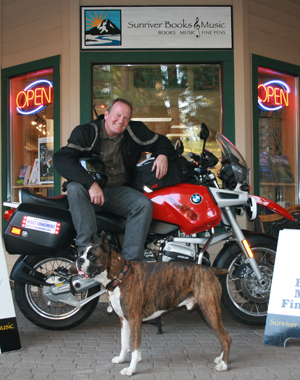 Craig Johnson is the star of our lineup!  September 21st at 5:00 PM Craig Johnson presents the latest in the Walt Longmire series, Land of Wolves.  He faithfully returns annually to Sunriver, putting on a fabulous show, we appreciate his friendship and loyalty.

This year the event will be held at Three River’s School, SHARC was not available.  We are grateful to Three Rivers School for saving the day!  Tickets are required, pre-purchase a copy of Land of Wolves to receive a ticket.  The pre-purchase must be made either at Sunriver Books & Music or by calling Sunriver Books & Music, not over the web.  There will be drawings for prizes and refreshments.

The books inspired the hit TV drama, Longmire.  If you have been watching the TV program and are unfamiliar with the books, you are in for a treat!  The books have many differences giving you’re the opportunity to see your favorite characters in new ways.  I enjoy the books! They have a richness of plot and character development impossible to achieve in an hour show.

Land of Wolves has Sheriff Walt Longmire back in Wyoming, licking his wounds from the cataclysmic events that took place in Mexico in Depth of Winter.  Knowing Walt, his staff have a pool going, betting not on if he is going to do something he shouldn’t and hurt himself further, but when it is going to happen.  For Walt the words “protect and defend” have bone deep meaning. It isn’t “protect and defend” if it is safe, or if the risk low, or if you feel up to it.  For Walt it is whenever the need arises, whenever someone is in trouble or about to cause trouble.  He will put himself in harm’s way to save another.  Cops like Walt are the true heroes.

A sheep has perished, the prime suspect is a wolf who has made his way to the Bighorn Mountains. Don Butler, the County Brand Inspector, and Chuck Coon with the National Forest Services think the solution is simple, send men with guns to kill the wolf.  Walt finds that a rush to judgement, and Vic, of course, is on the side of the Wolf.  A way farther on, they find the body of a dead shepherd.  That complicates things to a whole new level.  Worse yet, the sheep herder is in the employ of Abarrane Extepare, son of Beltran Extepare, the man who shot off former Sheriff Lucian Connolly’s leg.  Memories and grudges have a long shelf life in the Basque community.  Walt soon has lots of irons in the fire; a dead shepherd, a powerful Basque family with more than a passing acquaintance with firearms, the community in an uproar over the Wolf, most wanting to shoot it and a conservationist intent on saving the animal.  But the predator to be after, is not the four-legged variety, Walt’s focus is on the evil that men do. This is a great entry in the Longmire series! 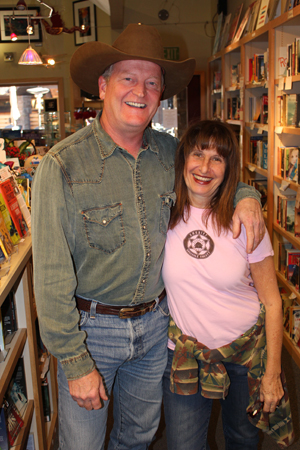 Any Other Name: A Longmire Mystery (Paperback)

As the Crow Flies: A Longmire Mystery (Paperback)

The Highwayman: A Longmire Story (A Longmire Mystery) (Paperback)

Spirit of Steamboat: A Longmire Story (A Longmire Mystery) (Paperback)