Saturday August 14 at 5 PM via Zoom we have a timely, interesting event.  We are honored to present Jane Kirkpatrick, Craig Johnson, and David Heska Wanbli Weiden in “A Conversation on Writing Native”. These three talented authors will discuss the role of Native Americans in literature. Jane Kirkpatrick came up with the idea of a conversation with other authors on the topic, immediately thinking of Craig Johnson whose Longmire series introduced Henry Standing Bear.  Craig Johnson, thought right away of including  David Heska Wanbli Weiden, author of Winter Counts.

After registering, you will receive a confirmation email containing information about joining the webinar.

Fiction requires authors to walk in the shoes of others vastly different from themselves.  Unless I am sorely mistaken (always a possibility) not any, or at least not many, authors lived in the time of Henry the VII or are space aliens or are zombies (scratch that last example, there are probably days we all feel a bit zombie-ish).  Authors take on the formidable task of imagining.  How might they experience trying to actually feel what it would be like for Anne Boleyn knowing that in the morning the man who recently shared her bed would cause the executioner’s axe to violently strike her neck ending her life?  Hard stuff.  Without that deep dive into other ages, cultures, and galaxies we would not have historic fiction, fantasy, science fiction, or mystery novels

An author in writing outside their personal experience has an obligation to be respectful of cultural and accurate in their portrayals of history.  This is particularly true with the depiction of Native Americans, they deserve to be treated as fully realized characters, their history accurately portrayed. Words have power, literature has power.  That power can be ill-used.  What happens when teenagers read inaccurate negative depictions of their culture?  Does it shape the way they feel about themselves and their reactions to others?

Hearing how Jane Kirkpatrick, Craig Johnson, and David Heska Wanbli Weiden feel about the topic of Native Americans in literature and respond to it in their writing will be fascinating. 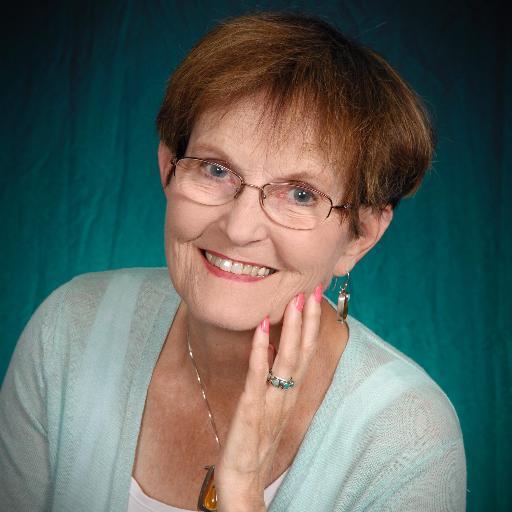 Jane Kirkpatrick has written many novels about women who made substantial contributions to history.  Any of the women she has portrayed would be honored by the way Jane Kirkpatrick brings their story to life and introduces them to many who did not know of their accomplishments.

Her latest novel, The Healing of Natalie Cole releases September 7, she will have an event via Zoom with Sunriver Books and Music at 5PM September 4, here is a link to register to attend the event.  Natalie Cole was a gifted musician who embarked on a quest to lift the Code of Offenses thus allowing Native Americans to once again celebrate their culture in speech, dance, and song.

Jane Kirkpatrick is a New York Times bestselling author with over 40 books.  Before her career as an author, she was an early childhood and mental health specialist on the Warm Springs Reservation in Central Oregon. Jane Kirkpatrick has won an impressive list of awards including the Wrangler Award from the Western Heritage Center, the WILLA Literary Award, the Carol Award for Historical Fiction, and the 2016 Will Rogers Gold Medallion Award.  She lives in Central Oregon with her husband Jerry. 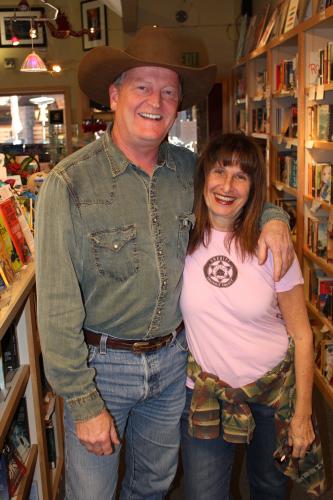 The 17th book in the Longmire series, Daughter of the Morning Star, releases September 21.  Tribal Police Chief Lolo Long’s niece, Jaya, is receiving death threats. A year ago, Jaya’s sister disappeared.  Sheriff Walt Longmire is there to help. In his new novel Craig Johnson brings attention to the tragedy of Native American women going missing.  Henry Standing Bear is a constant in the Walt Longmire series, and a favorite character.  Craig Johnson is the star of our lineup; we are hopeful of an event with him when Daughter of the Morning Star releases.

The Longmire Series has garnered a long list of international awards including the Western Writers of America Spur Award for fiction and the Mountain & Plains Independent Booksellers Association's Reading the West Book Award for fiction. His novella Spirit of Steamboat was the first One Book Wyoming selection. 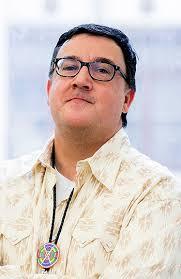 David Heska Wanbli Weiden’s debut novel is a knock your socks off mystery, Winter Counts.  Virgil Wounded Horse is an enforcer on the Rosebud Reservation, trying to bring justice, or perhaps retribution, when the law fails.  Things get personal fast for Virgil when the nephew he is raising overdoses on heroin laced with fentanyl.  Virgil sets out on a mission to stop the man responsible for bringing drugs onto the reservation.

Photo of Craig and Judy Johnson is by Brooke Snavely.  Photo of David Heska Wanbli Weiden is by Aslan Chalom.

The Healing of Natalie Curtis (Paperback)

Daughter of the Morning Star: A Longmire Mystery (Hardcover)